Shown at the Dadageek Spring 2022 Showcase in Austin, TX.

Displays animations based on Ada Dietz’s polynomial weaving patterns by drawing different shape and color tiles for each pattern variable. Polynomials such as (a+b)^2 are expanded, then flattened into a pattern to draw: aaababbb in this case.

Each tile is drawn one by one, then the result is held for 15 seconds. Nine patterns are shown over the course of about four minutes before repeating. 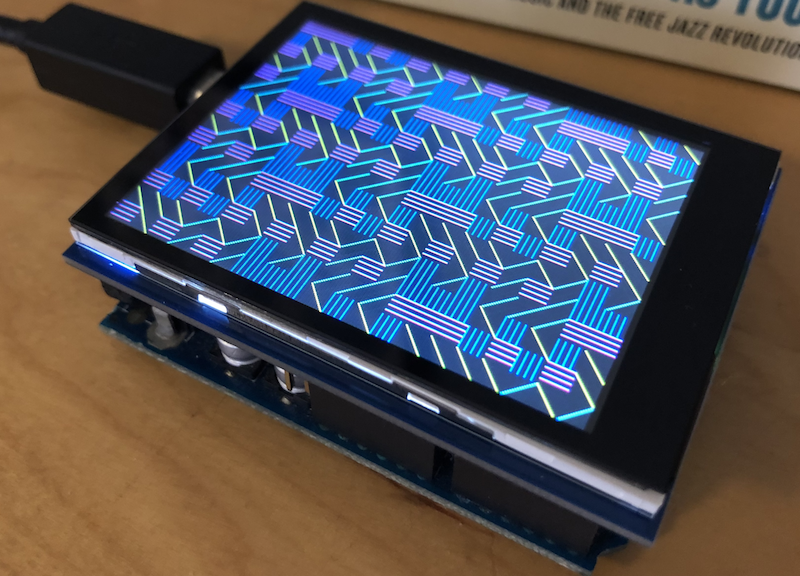 Based on a happy accident involving an OLED library’s character writing routine. 100 random characters are animated on screen with a background color mask, allowing for unplanned structures and negative spaces to emerge. Displays for 30 seconds before regenerating, endlessly. 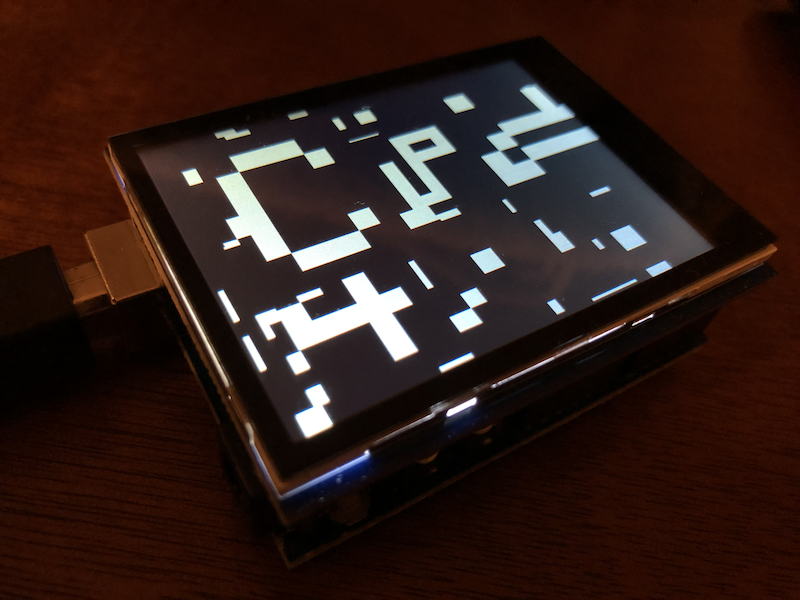